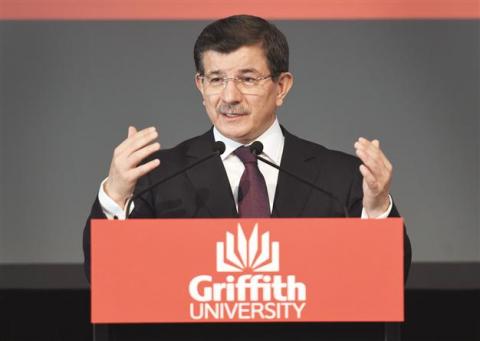 Prime Minister Ahmet DavutoÄlu called for a more inclusive Group of 20 forum on Nov. 14, saying it would give lower-income nations a stronger voice when Turkey takes over the presidency for 2015.

DavutoÄlu also indicated that Turkey would expand the G-20âs role beyond economic cooperation and decision-making to issues such as the refugee crisis in Eastern Europe, the Ebola outbreak in Africa and terrorism in the Middle East.

âDuring our presidency we want to be the voice of everybody,â DavutoÄlu said at a conference in Brisbane where he is due to attend the weekend G-20 Leaders Summit.

âWhat we need today in the international system and international governance is inclusivity in every aspect; without inclusivity, there will be no legitimacy. The problem of the U.N. today is [that while the] U.N. General Assembly is inclusive, the U.N. Security Council is exclusivist in the sense of the special status of certain nations,â he said.

The premier stressed the G-20 agenda should in turn represent a global agenda and not just that of 20 countries.

Turkeyâs more inclusive agenda contrasts with that of current host Australia, which has attempted to impose a tight focus on the disparate grouping with a pledge to increase collective global economic growth by an extra 2 percent over five years to 2017.

DavutoÄlu said Turkey would continue to press that goal, but underscored the importance of talking about geopolitical issues at the groupâs gathering.

âIf the G-20 agenda is only limited to financial issues, the G-20 cannot function, it cannot have international legitimacy,â he said.