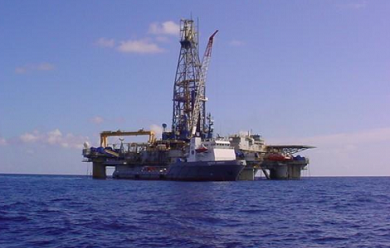 The reserve estimate for the Aphrodite natural gas field off the coast of Cyprus has been raised by 12 percent, and most of the gas is likely to be exported, Israeli firms involved in the project said.

The new estimate given for the natural gas field is 4.54 trillion cubic feet (tcf).

The estimate for condensate, a liquid byproduct of natural gas, was also raised to 9 million barrels from a previous estimate of 8.1 million, two Israeli firms said in a statement to the Tel Aviv Stock Exchange on Tuesday.

Delek Drilling and Avner Oil Exploration, both subsidiaries of Israels Delek Group, each own 15 percent of Aphrodite.

The partners said they were considering incorporating development of Aphrodite into their plans for the much larger Leviathan field, which is adjacent but lies within Israeli waters.

The Israeli companies said that in light of the small domestic market in Cyprus, the main potential market for the resources is the international market.

The three energy companies together with the government of Cyprus are examining the possibilities for exporting the gas, including via a pipeline to other countries in the region such as Egypt.