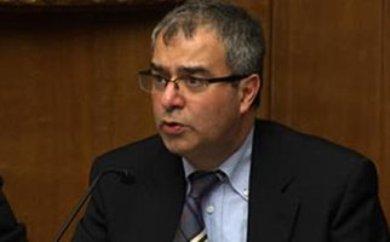 The leaking of documents on the rescue of Cypruss second-biggest bank distorts the truth about the countrys bailout and may damage confidence in the euro, former European Central Bank Governing Council member Panicos Demetriades said.

The ex-governor of the Cypriot central bank spoke after the New York Times published stories citing confidential ECB minutes and correspondence showing how officials arranged emergency funding for Cyprus Popular Bank PCL. Demetriades said the liquidity was a necessary and unavoidable bridge to its rescue.

The consequences of liquidating a systemic bank whose balance sheet was nearly twice the size of the economy would have been truly catastrophic, he said in an -mailed response to questions. Unless the ECB takes decisive action to put an end to these leaks, which are by themselves highly damaging to the institutions credibility, the long-term survival prospects of the euro will, once again, come under increasing doubt.

Cyprus, the second-smallest economy in the euro region, came close to exiting the single currency in March 2013 after a banking collapse triggered by losses imposed on Greek sovereign debt. Demetriades, who helped negotiate a rescue that tapped domestic deposits, stepped down in March this year after the government criticized his handling of the crisis.

The New York Times account published on Nov. 18 suggested that the ECB had allowed the Central Bank of Cyprus to weaken its collateral requirements for liquidity to Cyprus Popular Bank, even when it knew it was insolvent. The bank, also known as Laiki, was wound up and folded into a restructured Bank of Cyprus as part of a 10-billion-euro ($12.5 billion) international rescue. An ECB spokeswoman in Frankfurt...