NLPs have 23 percent stake in Serbia 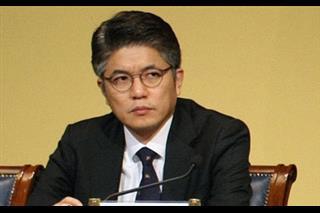 BELGRADE - Resident representative of the International Monetary Fund (IMF) in Serbia Daehaeng Kim stated on Tuesday that the stake of non-performing loans (NLPs) in Serbia's banking sector totals 23 percent and that only Greece and Cyprus have a higher level of NLPs.

Addressing a news conference on mutual financial restructuring in companies, Kim said that the level of NLPs in Serbia before the economic crisis totalled 10 percent, which was even then higher than in the rest of the region.

Bad placements in Serbia were rather high compared to the rest of the region even before the global crisis, which shows that major structural weaknesses existed back then as well, he noted.

Kim said that the situation needs to be resolved as soon as possible and added that this calls for cooperation between the government, central bank and participants in the private sector. He said that international financial institutions are ready to back the efforts with their expertise.

The growth of unfavourable loans in Serbia was brought about by the fast pace of corporate sector debt increase, slower corporate growth and devaluation of the Serbian dinar, he said.

There is another specific feature in Serbia that caused the increase in the number of bad placements and it is embodied in corporate bank management, especially among government-owned banks and companies, Kim said.