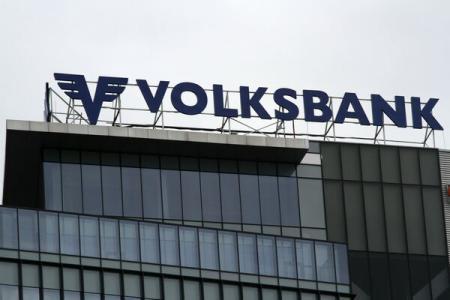 Banca Transilvania, the third-largest bank in Romania, is under discussions to take over the Romanian subsidiary of the Austrian banking group Volksbanken, Volksbank Romania SA, two sources close to the discussions have told Bloomberg.

However, the sources say that discussions are at a preliminary stage and there is no certainty they will be finalized through a transaction.

The European Commission agreed to the Austrian Government's intervention in support of Austrian banking group Oesterreichische Volksbanken AG (OVAG), in 2012, but requested in exchange a restructuring programme that bans further capital injections from the state.

Also in accordance with the plans approved by the European Union, Volksbanken has to sell the 51 per cent stake it holds in its Romanian subsidiary by end-2015.

Volksbank's unit network in Romania includes 130 units, of which 23 are in Bucharest.

OVAG holds a 51 per cent stake in Volksbank Romania SA, with the remaining 49 per cent being controlled by DZ Bank AG and WGZ Bank AG, both from Germany, along with France's Groupe BPCE.

In 2013, Volksbank Romania saw losses of 103.6 million euros and total assets of 3.1 billion euros. By comparison, in the first nine months of this year, the bank posted a net profit of 338 million lei, up by 41 per cent.

Late last month, the European Central Bank (ECB) announced that Austrian banking group OVAG, in which the Austrian state holds a 43 per cent stake, had failed to pass the stress tests, given that the ECB had identified a capital deficit of 865 million euros. AGERPRES