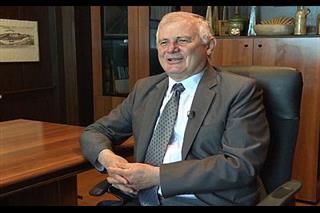 BELGRADE - The corn harvest has practically been completed, and the yield stands at around eight tons per hectare, while wheat was planted on 600,000 hectares, which is more than last year, Vukosav Sakovic, director of the Zita Srbije association, told Tanjug.

A total of 98 percent of corn has been harvested, and the rest will be reaped these days, Sakovic said, adding that this year's yield has set a record high amounting to eight million tons.

This year, there were no toxins in corn, including the 770,000 tons of grains exported in the first two months, and no complaint was made, said Sakovic.

As for wheat sowing, Sakovic said that there are still no official data, but that according to the Association's data, common wheat has been sown on 600,000 hectares, which is more than last year.

"The sowing began quite bad, and without a great interest of the producers, but it happened that the prices during the sowing grew and in the end, that is in the second half of November, it became attractive for producers and those changes could be seen on our fields," said Sakovic.

Wheat stirred the market with a dramatic growth, so the November trading on the Novi Sad Commodity Exchange closed with the price of RSD 23.50, which is an increase of 32 percent in just one month.