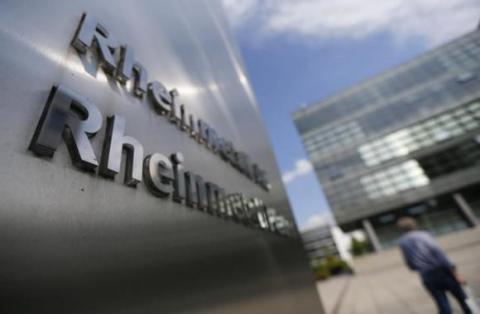 A German defense and auto parts firm says it is paying a fine of nearly 37.1 million euros ($45.8 million) over allegations that a company representative in Greece made improper payments during arms deals in the country.

Rheinmetall AG said Wednesday that the payment by its Rheinmetall Defence Electronics division will end legal proceedings over the alleged «unauthorized payments.» It didn't elaborate.

The fine was imposed by prosecutors in Bremen, where the subsidiary is based. Rheinmetall says the division was accused of «failing to detect and prevent suspicious payments to sales partners due to inadequate internal controls."