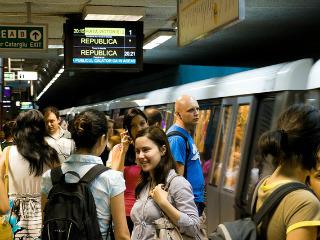 Romanians continue to trust their soldiers and churchmen more than their political leaders, according to an opinion poll published on Thursday. Parliament and other democratic institutions languish at the bottom of the credibility ratings.

Over 76 per cent of Romanians trust the Army the most, while around 61 per cent most trust the Romanian Orthodox Church, the survey by INSCOP pollster shows.

The numbers are more or less the same as data registered in a similar poll held last year.

Surprisingly to some, about 44 per cent registered confidence in the Presidency as an institution, three times more than in 2013.

The startling victory of Klaus Iohannis in the presidential elections on November 16 apparently increased optimism among Romanians about this post in general.

Many see the new President as well positioned to bring Romania into the European fold in more than just name.

Analysts say that people's high levels of trust in the Church and Army highlight the traditional character of Romanian values.

There are 18 officially recognised religious denominations in Romania, but more than 85 per cent of Romania's population of 19.5 million belong to the Orthodox Church.

Despite remaining the most trusted public institution in Romania, the Orthodox Church, which has enjoyed a revival since Communism fell in 1989, has often been marred by allegations of corruption and nepotism. It was widely criticised for having taken an ambivalent stance towards the former Communist regime of Nicolae Ceausescu.