Serbia should request rights for its minority in Albania 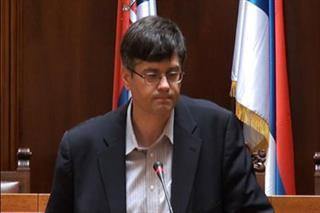 BELGRADE - Serbia is entitled to request rights for its minority in Albania, as the Albanian minority in Serbia has absolutely all the rights, in line with top European and world standards, Aleksandar Cotric, a member of the Serbian parliament's committee on the diaspora and Serbs in the region, said on Friday.

Cotric said that the Serbian parliament's delegation, comprising members of the committee on the diaspora and Serbs in the region, visited Albania which does not have a law on minorities so Serbia cannot sign a bilateral agreement on the protection of its minority.

In a live broadcast on Radio-Television of Serbia, he underscored that he can only presume that around 30,000 Serbs live in Albania, as all representatives of minorities boycotted the last population census in Albania in 2011, as it was undemocratic and discriminatory.

As they could not state their nationality, religious affiliation and mother tongue, members of the Serb, Greek, Aromanian, Macedonian and Roma minorities boycotted the census, Cotric explained.

He noted that the Serbs in Albania cannot have school classes in Serbian for 70 years now, and that is why talks have been held with the education minister, who vowed that for a start, the Albanian authorities will enable Serbian children to attend a Serbian-language course.

Cotric added that the delegation conducted talks with representatives of Serbian...