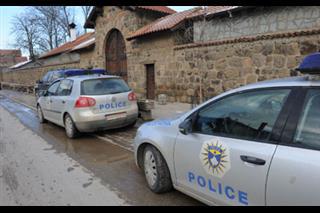 KOSOVSKA MITROVICA - The international public prosecutor filed the request to EULEX judges on Monday wherein he suggested that the indictment for the murder of Enver Zumberi, member of the Kosovo special police unit ROSU, should be expanded from two to four Serb suspects.

A hearing was held in the Basic Court in Kosovska Mitrovica on Monday in the case against two Serb defendants from Zubin Potok as suspects in the murder of Enver Zumberi.

Zumberi was murdered on July 26, 2011, when members of the Kosovo police attempted to take over the Brnjak crossing at the administrative line between the southern Serbian province and central Serbia.

The convoy of ROSU forces was attacked on the Mitrovica-Ribarice road in a village in the Zubin Potok municipality, northern Kosovo-Metohija.

Radovan Radic and Milovan Vlaskovic were so far the only suspects for the murder of the member of the Kosovo special units, but the international EULEX prosecutor called for expansion of the indictment to Radomir Kasalovic and Slobodan Sovrlic, lawyer Nebojsa Vlajic told Tanjug.

The Monday hearing was supposed to focus on the opening statements by the prosecutor and the defence, but this did not happen because the public prosecutor filed the request demanding that the proceedings on the indictment should be merged with the indictment against two more Serbs he filed on Monday, Vlajic said.

In case the judge grants the prosecutor's request, the merged trial against four Serb suspects could begin in late January 2015, Vlajic said.

Six Serbs suspects were originally charged with the murder of the special police unit member and a warrant for their arrest was issued.