A third of Athenians use buses for daily trips 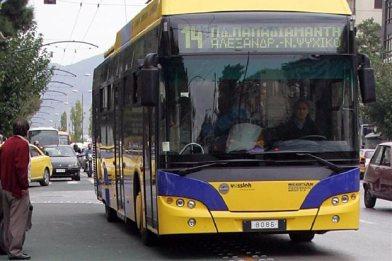 One in three Athenians uses buses to get around on a daily basis, according to new poll carried out to help promote public transport use in the Greek capital.

The survey, carried out by Public Issue on behalf of the Greek branch of the World Wildlife Fund (WWF), indicated that 33 percent of Athenians takes buses, 31 percent ride the metro, 10 percent the Kifissia-Piraeus electric railway and 9 percent trolley buses. Just 2 percent opt for the tram.

The top place for Athens buses is supported by the passenger numbers recorded by transport authorities. Yiannis Economou, the president of OSY, which is responsible for the citys buses and trolley buses, said that 1.4 million passengers use the two forms of public transport every day in Athens. Bus usage is particularly high in Piraeus area, where 46 percent of residents say they regularly take the bus.

However, the poll also indicated that there is potential for an increase in the proportion of Athenians using public transport. According to the survey, 34 percent of the citys residents use their cars to get around, making it the single most popular mode of transport. Eight percent of respondents said they ride motorcycles and 4 percent rely on taxis.

The most common reason for not using public transport (39 percent) is because there is no need due to the short distance that has to be traveled. This is followed by routes not suiting respondents (34 percent), delays (10 percent), infrequent service (7 percent), cost (6 percent), lack of stops or stations (6 percent), lack of integration between different modes (4 percent), overcrowding (3 percent) and a lack of access for disabled passengers (3 percent).

WWF and transport authorities are to launch an awareness campaign in the next few days...