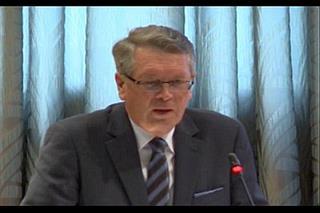 BELGRADE - Russian Ambassador in Belgrade Alexander Chepurin stated that there are huge possibilities for development of political and economic relations between Serbia and Russia.

Recalling the visit of Russian President Vladimir Putin to Belgrade on October 16, Chepurin announced that Serbian President Tomislav Nikolic would visit Moscow on May 9, Victory Day, and added that Prime Minister Aleksandar Vucic should also visit Moscow in the first half of 2015.

He underscored that Russia attaches great importance to Serbia's forthcoming OSCE chairmanship. This is beyond doubt a challenge for Serbian's diplomacy which has been called on to show its qualifications, objectivity and consistency, the Russian ambassador said.

Noting that OSCE is becoming one of the most important mechanisms for crisis situation management in these difficult times, Chepurin expressed the belief that the OSCE role in the context of the crisis in Ukraine would prove very important and added that the responsibility of Serbia during the OSCE presidency would be great.

Speaking about the possibilities in terms of economic cooperation, Chepurin noted that exchange of goods in the first ten months of the year increased by almost 27 percent and that Russia now occupies the third place among Serbia's foreign exchange partners, ranking second in imports and fourth according to Serbian exports.

There are enormous possibilities for cooperation in the energy sector, such as the enlargement of capacities in the Banatski Dvor company, construction of gas and turbine power stations and construction of interconnectors that can turn Serbia into an energy hub in the region, Chepurin said.

He noted that the joint company Petroleum Industry of...