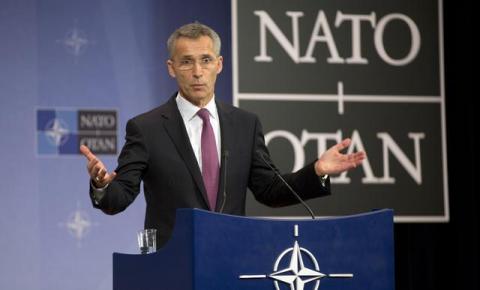 
MOSCOW -- "Ukraine can only submit an application for joining NATO after it conducts all the necessary reforms," NATO Secretary General Jens Stoltenberg has said.

"This is a country that says itself that it needs to carry out major reforms in the way they organize their defense, the fight against corruption in order for the state apparatus to work better, and they have said themselves that this will take a few years," he told the Norwegian broadcaster NRK, Russia's Sputnik website reported.

"They have talked about six years. I do not wish to speculate whether they will need more time, but we are still talking about distant future," Stoltenberg said of Ukraine's possible membership.

Asked "what could stand in the way of Ukraine's NATO membership," Stoltenberg stated that "this could be that the requirements we set for NATO membership are not fulfilled" but warned against "speculating in detail now about what is required".

According to NRK, Stoltenberg stressed that NATO is not to begin a process to make Ukraine join the alliance, and that Ukrainians still have a job to do with respect to meeting all of NATO's requirements for membership.