NATO ends its Afghan war, but insurgency on the rise 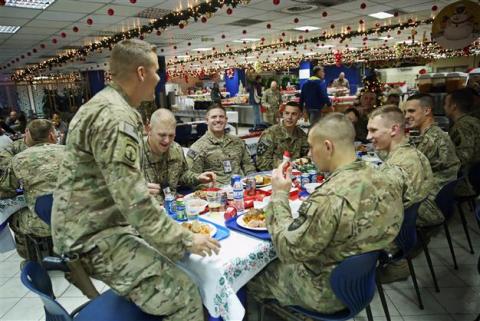 NATO will hold a ceremony in Kabul later Sunday formally ending its war in Afghanistan, officials said, after 13 years of conflict that have left the country in the grip of worsening insurgent violence.

The event was arranged in secret due to the threat of Taliban strikes in the Afghan capital, which has been hit by repeated suicide bombings and gun attacks over recent years.

On January 1, the US-led International Security Assistance Force (ISAF) combat mission, which has suffered 3,485 military deaths since 2001, will be replaced by a NATO "training and support" mission.

About 12,500 foreign troops staying in Afghanistan will not be involved in direct fighting, but will assist the Afghan army and police in the battle against the Taliban, who ruled from 1996 until 2001.

A NATO official said US General John Campbell, the ISAF commander, would lead Sunday afternoon's ceremony at the force's headquarters in Kabul.

No other details were released for security reasons.

"In just a few days, our combat mission in Afghanistan will be over," US President Barack Obama said in his Christmas Day address. "Our longest war will come to a responsible end."

Sunday's ceremony completes the gradual handover of responsiblity to the 350,000-strong Afghan forces, who have been in charge of nationwide security since the middle of last year.

But recent bloodshed has undermined claims that the insurgency is weakening and has highlighted fears that the international intervention has failed as Afghanistan faces spiralling violence.