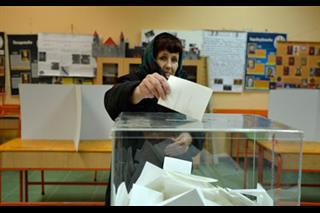 MIONICA/LUCANE - The Serbian Progressive Party (SNS) pulled off convincing victories in the local elections that were held in the municipalities of Mionica and Lucane, central Serbia, on Sunday.

According to a statement from the Election Commission, the SNS-led coalition won 64.71 percent of the votes.

The coalition of the Socialist Party of Serbia (SPS) and United Serbia (JS) won 17.85 percent, while the Democratic Party (DS) mustered 17.44 percent of the vote.

The turnout in Mionica was 70.4 percent.

Representatives of the Democratic Party (DS) said that the elections in Mionica had been fraud with irregularities and there had been a case of violence in which Milan Gavrilovic, president of the DS municipal committee, had been beaten up.

The Progressives ran independently in the elections in Lucani and won 50.2 percent, a remarkable result considering that they received only nine percent of the vote in the elections two years ago.

A total of 59.31 percent of eligible voters took to the polls in Lucani.

The SNS is pleased about its convincing victory in the local elections in Mionica and Lucani, said SNS deputy leader Nebojsa Stefanovic, who serves as interior minister in the government led by the Progressives.

He denied the allegations by DS activists about the SNS having caused incidents, stressing that he had ordered the police to restore order and peace in Mionicaas soon as the first incident occurred.

Stefanovic said that the election results in...

Kurz: Criticism of Serbia unjustified, progress must be rewarded

Vucic: EU to support migrants in Serbia with over 11 mln euros

Grushko: Political dialogue, economic ties with Serbia must be boosted

EU: IGC a turning point in accession talks with Serbia