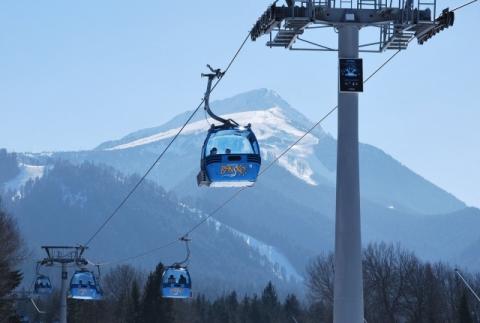 A concession agreement to build a ski zone in Bansko passed by the previous elected government in 2013 has been revised by the cabinet, officials say.

The text which had been adopted by the administration of Plamen Oresharski in August 2014, days before the government resigned, allowed Yulen to expand the already existing ski zone. Part of the new territory belongs to the Pirin National Park and is within a protected area.

After the first cabinet meeting for 2015, Environment Minister Ivelina Vasileva described the agreement as "unlawful".

She explained the "eleventh-hour" decision to sign it had not been coordinated with experts from the ministry's legal team.

In Vasileva's words, parts of the agreement's text were vague and needed a detailed analysis.

Vasileva said the ministry would work with experts on a viable solution by mid-February. The agreement will thus be amended in due course.

She added the concession agreement had not yet been enforced as of Wednesday, January 07.

Yulen, the main ski and tourist operator in Bansko, is known to be held by Tseko Minev, who also owns Vitosha Ski and First Investment Bank.