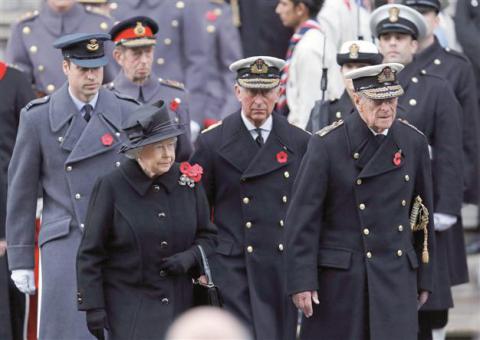 Ankara has extended invitations for the gathering, at which high-profile participation is expected from a number of Commonwealth countries.

Crown Prince Charles and Prince William of Great Britain, as well as Australian actor Russell Crowe, are scheduled to attend the centennial of the Battle of Gallipoli in Çanakkale in late April.

The Turkish government, meanwhile, is considering decorating Crowe for his recent film ?The Water Diviner,? which is set four years after the Gallipoli campaign in World War I and follows the journey of an Australian farmer who travels to Turkey to discover the fate of his three sons.

Ankara has extended invitations for the gathering, at which high-profile participation is expected from a number of Commonwealth countries.

The prime ministers of New Zealand and Australia are expected to attend, along with a minister from Canada.

In response to a campaign by Armenians to attain greater recognition on the 100th anniversary of what many in the world term the Armenian Genocide, Turkey plans to commemorate the centennial of the Çanakkale campaign on April 23-24-25 this year, in a bid to counter the adverse effects of Armenian efforts.

Traditionally, Turkey marks the Anniversary of the Battle of Gallipoli on March 18, which is declared Martyrs? Day. Armenians, meanwhile, commemorate their killed ancestors on April 24.

Gallipoli is a venue that traditionally hosts thousands of Australians and New Zealanders on April 25, the day of remembrance, known as ANZAC Day after Australian and New Zealand Army Corps soldiers who lost their lives.

By merging the two occasions, Ankara is hoping to increase the visibility of the commemoration of the Battle of Gallipoli in the eye of the international community at a time when attention will likely be on the centennial anniversary of the mass killings of Anatolian Armenians during the...