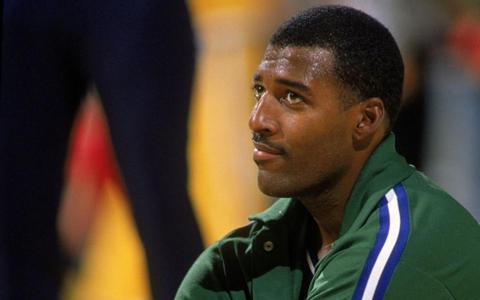 Tarpley had played in Greece for Olympiakos as well as Aris and Iraklis in Thessaloniki.

According to a Tarrant County medical examiner's report, Tarpley died at Texas Health Arlington Memorial Hospital in Arlington, near Dallas. No cause of death was given in the online report.

"If Roy had stayed healthy, he could have been one of the top-50 players ever,» Brad Davis, the Mavericks' radio analyst and player-development coach who played with Tarpley, told The Dallas Morning News. «He could do it all ? shoot, score, rebound, pass and defend. We're all sorry to hear of his passing."

The 7-foot Tarpley was the seventh overall pick in the 1986 NBA draft out of Michigan. He played for the Mavericks until October 1991, when he was kicked out of the NBA for using cocaine.

Norm Sonju was the Mavericks' chief executive when he drafted Tarpley. He remembers Tarpley as «likable. He was witty. He was funny."

"It's sad. What breaks your heart is he was just 50 years old,» Sonju told The Associated Press. «He potentially could have been just an incredible player."

Sonju remembered that cocaine was a pervasive threat in all big-time athletics in the 1980s, so the Mavericks did all they could in researching Tarpley's background at Michigan. «We had people tell us to our face that he had no problems when he was at Michigan,» he said.

Temptation by cocaine and alcohol, however, was already near, he said.

After the first ban, Tarpley played in Greece until the NBA reinstated him in 1994. He signed a six-year, $20 million contract with the Mavericks but was permanently banned from...