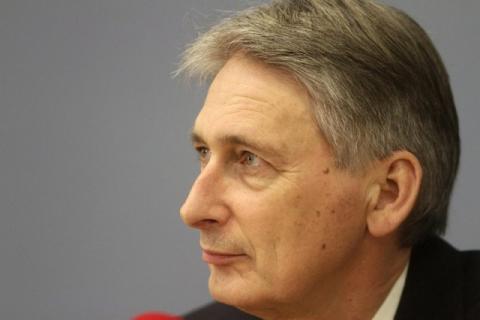 Britain's Foreign Secretary Philip Hammond will visit Bulgaria on Wednesday for talks on bilateral and European Union issues, the foreign ministry in Sofia said on Monday.

Philip Hammond and Bulgaria's Foreign Minister Daniel Mitov will discuss cooperation among EU member states in the context of the Ukraine crisis, the fight against terrorism and reforms of the bloc, as well as the EU's external policies and regional security, the foreign ministry said in a statement.

According to British media reports, Bulgaria is one of the stops of Philip Hammond's tour of EU capitals aimed at building support for British Prime Minister David Cameron's plans to claw back powers from EU bodies before the UK general election later this year.

During his visit the British Foreign Secretary will also meet with Bulgaria's President Rosen Plevneliev and Prime Minister Boyko Borisov.

Cameron had ordered Hammond to visit every European country before the election "to build support for major reform of Brussels," the Daily Mail said on 2 January. By then Hammond, who was appointed Foreign Secretary in July last year, had held talks with 13 of the bloc's other 27 nations.

Cameron has promised to renegotiate Britain's membership of the EU before holding an in/out referendum on the issue by the end of 2017 if he is still prime minister after the May 7 general election.

In November 2014 Cameron set out key demands on banning EU nationals from claiming in-work benefits or social housing in Britain for four years, deporting jobless migrants if they do not get work for six months and refusing to allow other countries to join the EU without imposing controls on the movement of their workers until their economies have reached UK levels.