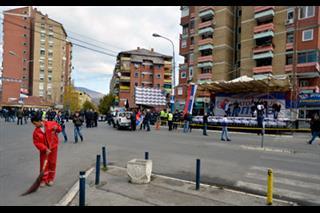 BELGRADE - Czech Lieutenant Colonel Marek Obrtel, who recently returned the NATO medals he received for his role in the organization's missions, said that genocide against Serbs took place in Kosovo instigated by the West, adding that the Euro-Atlantic Alliance is a criminal organization because of the policy pursued by its leaders.

Genocide against Serbs took place in Kosovo, and it was instigated by the West. For this reason, I am filled with sadness, bitterness and disappointment as I was part of the NATO machinery. I also witnessed how drug lords became respectable officials of the so-called state of Kosovo, and how mass murderers became heroes, Obrtel said in an interview with Belgrade daily Vecernje novosti.

This army doctor addressed the Czech defence minister late in December with a request to be stripped of the NATO medals he earned in the various missions, from Bosnia to Afghanistan.

Obrtel said that he was serving in Bosnia when the humanitarian bombing of Serbia without the approval of the UN Security Council started following, as he put it, the staged massacre against Kosovo Albanians in Racak, and he spent seven months in Kosovo-Metohija where he witnessed the pogrom against Serbs in March 2004.

Kosovo is a major European tragedy, which took place in our house - Europe that allowed, or better said, instigated the genocide, he underlined.

Although he retired, the growing conflict in Ukraine and experiences from other countries that NATO has destroyed, have encouraged him to raise his voice against NATO calling it a criminal organization.

NATO would not be like this, if it only served to defend the member states against potential threats emanating from outside the Euro-Atlantic area. This is...