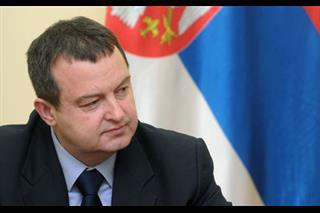 "It is my pleasure to announce that the procedure of adopting the IPAP was successfully completed on January 15, 2015. This document clearly and transparently underlines our objectives and priorities that we want to achieve through cooperation with NATO," the ministry of foreign affairs quoted Dacic as saying.

According to Dacic, the partnership should clear the way for offering assistance to the partner state in reforming and modernizing the security system.

"The adoption of the IPAP is a significant step forward in our relations with NATO and will create conditions for a regular and structured dialogue, including a political-level dialogue. I expect that the IPAP will facilitate the coordination of bilateral cooperation with members and other partners of NATO," Dacic underlined.

The IPAP is the highest form of cooperation with NATO through the Partnership for Peace program, which does not require membership in the North Atlantic Treaty Organization, and the procedure failed last year because Albania rejected the Serbian partnership.

NATO Secretary General Jens Stoltenberg welcomed the adoption of the IPAP on Friday, describing it as an important step in strengthening dialogue, understanding and cooperation.

Dačić: "We will vote"

Zuroff: Honours for Deva an insult to memory of his victims

Petkovic: International law is there to stop little bullies like Kurti