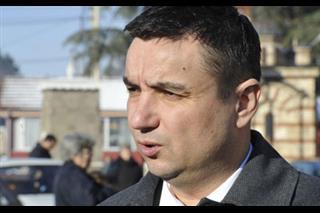 PRISTINA - Vladeta Kostic, the candidate fielded by the Citizens' Initiative Srpska, has been elected mayor in an early election that took place in the Serb-majority town of Gracanica, central Kosovo-Metohija.

According to preliminary results, Kostic got support from 64.9 percent of the electorate, or 4,614 votes, Chairperson of Kosovo's Central Election Commission (CEC) Valjdete Daka announced on Sunday evening.

To sum up, 37.39 percent of the total number of eligible voters went to the polls on Sunday, 7,270 ballot papers were valid, and there were 294 conditional votes (refers to cases where a voter cannot be found on the electoral roll, but he or she can prove eligibility to vote).

The snap election for mayor of Gracanica was held because former mayor Branimir Stojanovic had been appointed to the post of deputy prime minister of Kosovo.