OFI Crete is going under 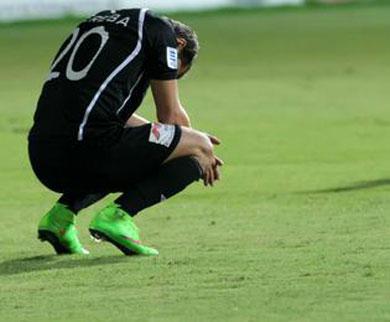 Reports in the Greek press converge to OFI Crete soon becoming the second club in the Super League, after Niki Volou, to drop out of the championship for financial reasons.

The historic club from Iraklio has seen a total of 21 players depart in protest for not getting paid, leaving coach Nikos Anastopoulos with nine eligible players for the Cup game at Panthrakikos on Wednesday and the league match with Olympiakos this weekend.

OFI has already suffered this season from the departure of its previous coach, Gennaro Gattuso, and of its president Manthos Poulinakis, it has had six points deducted due to debts to a former player, and it is now facing a player crisis that will likely mean it will have to drop out of the league and the cup immediately.

The federation had issued a warning against OFI ahead of the game with Panetolikos last week on a no-pay-no-play basis, regarding debts to three other former players, but veteran OFI striker Nikos Machlas saw to it that some 140,000 euros were collected just in time for OFI not to forfeit that game at Agrinio.

Now, however, the situation appears irreversible, as no knight in shining armor is in sight to intervene in order to save OFI from a disgraceful relegation, probably to the third division just like in the cases of AEK and Aris.