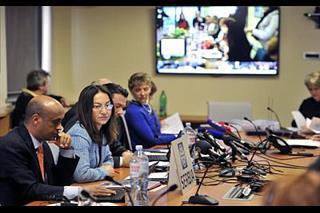 Senior Economist at the World Bank Lazar Sestovic, however, says that Serbia may be able to return to the path of sustained economic growth, especially if it completes the process of restructuring the state-owned enterprises.

This could help bring the economic growth back to the pre-crisis level, he said at the report presentation.

According to the World Bank report, which relates to six countries - Serbia, BiH, Macedonia, Albania, Kosovo and Montenegro, economic recovery is to be expected in some, but not all countries in the region.

The region's growth in 2015 will most likely be held back by a weak recovery in Bosnia and Herzegovina and a new recession in Serbia. "The rest of the region is expected to grow by over three percent in 2015, with economic growth reaching 3.8 percent in FRY Macedonia," the report states.

Serbia will likely remain in recession due to weak domestic demand and difficult fiscal consolidation.

Gallina Andronova Vincelette, Senior Economist at the World Bank, said that the devastating floods in some countries in the region brought the economy to a standstill in 2014, with a growth of only 0.2 GDP.

She pointed to structural reforms as the key precondition for the region's future growth.

"Even though some progress has been made in easing the burdens on investment climate, there is still room for improvement. The public sector is large and inefficient in many countries in the region," Vincelette said.