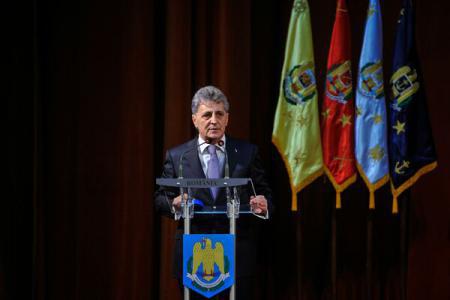 The telephone conversation took place 'in the context of preparing the meeting of defence ministers of NATO member countries, to be carried out in Brussels, in the beginning of February.'

According to the source, the two officials made an assessment of the security situation in the eastern flank of the North-Atlantic Alliance, talked about the agenda of the NATO ministerial meeting to take place next week and the bilateral cooperation.

In regards to the bilateral cooperation, the Romanian Defence Minister highlighted the importance of the high-level political-military dialogue.

'The two countries have at their disposal excellent opportunities for materialising the cooperation in the joint training in the area of the Special Operations Forces, but also in the more general context provided by the Connected Forces Initiative,' Minister Dusa said, according to the MApN release.

The two ministers also discussed the stage of the steps taken for implementing the decisions adopted in the NATO Summit of Wales, as a central element on the agenda of the meeting at the Alliance Headquarters.

'Both the Romanian Minister and his German counterpart underscored the importance of putting into practice the previously agreed calendar, referring to the action plan for increasing the Alliance's operational capacity. Germany and Romania will continue the bilateral discussions and consultations meant to contribute to strengthening the cooperation...