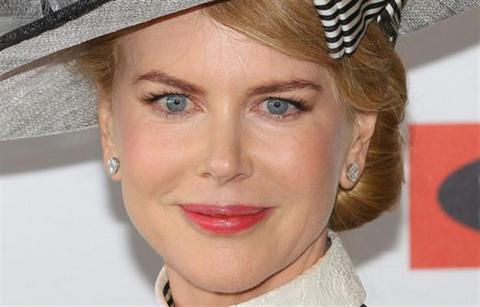 Photo shows Kidman posing as she arrives for the screening of 'Grace of Monaco' at the Cannes Film Festival. AFP Photo

The 11-day event in the frosty German capital, the first major cinema showcase in Europe each year, will begin with Oscar winner Binoche playing Josephine Peary, who accompanied her explorer husband Robert on treacherous Arctic expeditions, in "Nobody Wants the Night." The film is directed by Spain's Isabel Coixet, only the second woman in the history of the Berlinale, as the event is known, to hold the coveted opening-night slot.

Dieter Kosslick, who has run the festival since 2001, said that many of the more than 400 films that will screen focused on "strong women in extreme situations."

Blanchett joins Natalie Portman and Christian Bale in "Knight of Cups", a new feature about the perils of fame by reclusive U.S. director Terrence Malick.

Kosslick said he hoped Malick, who won Berlin's prestigious Golden Bear top prize for "The Thin Red Line" in 1999 and the Palme d'Or at Cannes in 2011 for "The Tree of Life", would attend the red-carpet premiere.

Seydoux, the latest Bond girl in the British spy franchise, returns to Berlin with French director Benoit Jacquot in "Diary of a Chambermaid", based on a novel already adapted by cinema greats Jean Renoir and Luis Bunuel.

British actress Mirren stars in "Woman in Gold", the true story of Holocaust survivor Maria Altmann who fought the Austrian...