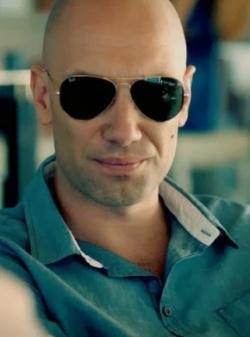 In the Golden Globe-nominated series based on the epic drama by George Martin, Baharov will be portraying the 40 year-old leader of a merciless cannibal tribe Ten, OFF news reported.

The episode from the fifth season of the show was shot in Ireland in November 2014 and will be broadcast after April this year.

This is not the first international success for the Bulgarian actor. In 2010 he starred in Peter Weir's The Way Back alongside Ed Harris and Collin Farrell. In 2014 he was cast in The Monuments Men, directed by George Clooney, and had the opportunity to meet and work with a whole pleyad of Hollywood celebrities - Matt Damon, Bill Murray and many more.

Baharov got his first major film role in the award-winning Bulgarian movie Dzift in 2008. His Bulgarian fans also remember his brilliant performance in the hit television series Pod prikritie ( Undercover).