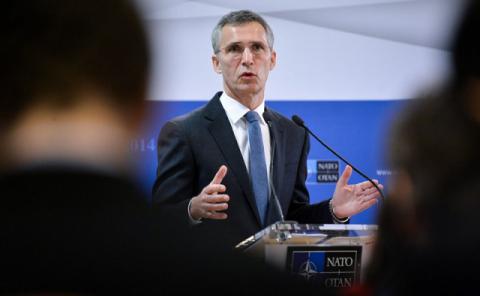 The defence ministers of NATO member states are to gather at a one-day meeting on Thursday in Brussels, where they are expected to decide on the stationing of the proposed command centres on the Alliance's eastern flank.

The focus will be the implementation of the Readiness Action Plan, which had been approved at the NATO Wales Summit in September 2014.

The action plan ensures the Alliance's preparedness to address the new security threats, that have arisen in Ukraine, the Middle East and North Africa.

The meeting will be the first opportunity for defence minister to assess the progress that has been made since the Wales Summit and also to look forward to the forthcoming Warsaw Summit in 2016.

The gathering will start with a regular meeting of the Nuclear Planning Group, which the defence ministers hold on an annual basis.

The focus will be on the safety, security and effectiveness of NATO's nuclear deterrent, Spokesperson Oana Lungescu revealed.

This will be followed by a meeting of the NATO-Georgia Commission with the participation of Georgian Defence Minister Mindia Janeldidze.

Thereafter, the challenges NATO faces in the east and the south and their impact on the Alliance's defence planning process will be discussed.

It is expected that at the meeting the ministers are to finalise the decision on the stationing of the command centres in six countries of the eastern flank, among which Bulgaria.

Bulgaria is to be represented by its Defence Minister Nikolay Nenchev, who already confirmed that Sofia is to host one of the command centres.