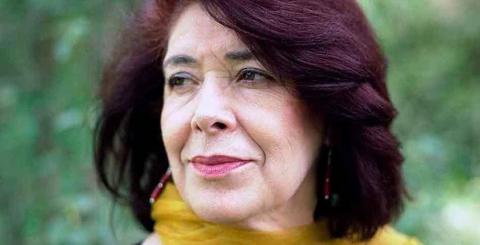 Algerian writer Assia Djebar, a proponent of the emancipation of muslim women and the dialogue between cultures, passed away on Friday, in Paris, aged 78.

Djebar was born Fatima-Zohra Imalayen on June 30, 1936, to Tahar Imalhayène and Bahia Sahraoui into a Berber-speaking family. She was raised in Cherchell, a small seaport village near Algiers in the Province of Aïn Defla. Djebar’s father was an educator, teaching the French language at Mouzaïaville dans la Mitidja, a primary school she attended. Later, Djebar attend a Quranic private boarding school in Blida, where she was one of only two girls. She studied at Collège de Blida, a high school in Algiers, where she was the only Muslim in her class.

In 1957, she published her first novel, La Soif (“The Thirst”). Fearing her father’s disapproval, she had it published under the pen name Assia Djebar. Another book, Les Impatients, followed the next year. Also in 1958, she and Ahmed Ould-Rouïs began a marriage that would eventually end in divorce.

In 1962, Djebar published Les Enfants du Nouveau Monde, and followed that in 1967 with Les Alouettes Naïves. She remarried in 1980, to the Algerian poet Malek Alloula. The couple lived in Paris, France.

In 1985, Djebar published L’Amour, la fantasia (translated as Fantasia: An Algerian Cavalcade, Heinemann 1993), in which she “repeatedly states her ambivalence about language, about her identification as a Western-educated, Algerian, feminist, Muslim intellectual, about her role as spokesperson for Algerian women as well as for women in general.”

In 2005, Djebar was accepted into the Académie française, a prestigious institution tasked with guarding the heritage of the French language.

She was a Silver Chair professor of Francophone literature at New York University.

Algerian writer Assia Djebar, a proponent of the emancipation of muslim women and the dialogue between cultures, passed away on Friday, in Paris, aged 79.

French president Francois Hollande paid her a tribute by declaring his admiration and deep sorrow for her passing.