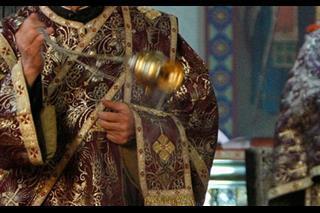 BELGRADE - The Diocese of Raska-Prizren of the Serbian Orthodox Church (SPC) denied the allegations that the unfinished Cathedral of Christ the Saviour in Pristina was illegally built on usurped grounds and needs to be removed.

The government (of ethnic Albanians) in Pristina threatened to destroy the unfinished facilities of Christ the Saviour Cathedral in keeping with the law on legalisation in case a request for its registry is not filed by February 5.

The daily Blic in Pristina reported that together with the request for legalisation, SPC will have to submit the consent of the University of Pristina which launched a suit against the Diocese in September 2012, claiming that the church was built on a usurped plot belonging to the University.

The construction of the Christ the Saviour Cathedral began back in 1992, when Pristina was home to 40,000 Serbs as SPC had only one other small church in town at the time, which was not sufficient for the needs of the believers, the Diocese said.

The idea about the construction of the church was put forth by the local bishop of Raska-Prizren, afterwards the patriarch of SPC Pavle and it was met with full consent of the local, provincial and Serbian institutions and the administration of the University of Pristina, the release states.

The Diocese underscored that it has detailed documents with permits and précis from cadastre books that show every claim about alleged illegal construction is thoroughly unfounded.

The plot of land where the unfinished Christ the Saviour Cathedral still stands is located in downtown Pristina and it is still registered in cadastre books as owned by SPC, as demonstrated by the latest précis from the Kosovo Cadastre from 2012. This is why the...