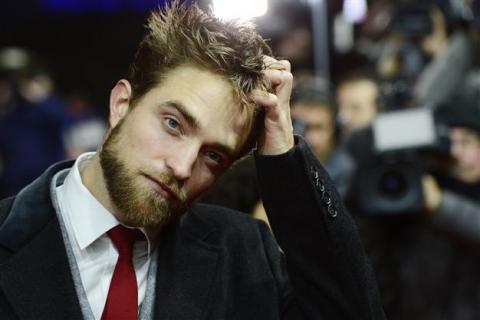 British actor Robert Pattinson poses for photographers upon arrival for the screening of the film "Life" presented as Berlinale Special at the 65th Berlin International Film Festival Berlinale in Berlin, on February 9, 2015. AFP Photo

British actor Robert Pattinson said Monday he learned to sympathise with the paparazzi by playing the photographer who helped make James Dean an icon.

Pattison stars in Anton Corbijn's "Life", which premiered out of competition at the 65th Berlin film festival.

He plays Life magazine photographer Dennis Stock, who befriend Dean in 1955 when the young "Rebel Without a Cause" actor was on the cusp of fame, and just seven months before Dean's untimely death in a car crash aged 24.

"Life" is the fourth feature film by Corbijn, a celebrated rock photographer.

Pattinson, who shot to global stardom with the "Twilight" series, said he was drawn to the story about the trappings of celebrity and enjoyed, for once, being the one taking the pictures.

"I do feel like being a paparazzi for a second -- I do empathise with their plight," the 28-year-old said with a laugh.

"I was filled with self-loathing, wretchedness -- I wanted to really kind of harm myself at the end of every day."

Pattinson said he had gone through his own "James Dean phase" in his teens getting started in the movie industry.

"It is someone who's trying to be an artist and his fear of not being as good an artist as he thinks he is the most debilitating part of his life. That's quite a sort of timeless story," he said.

Dean is played in the film by Dane DeHaan, best known from "The Amazing Spider-Man 2", who captures the actor's Beat sensibilities and trademark mumble.

DeHaan, 29, said Dean had been "really revolutionary" for harnessing baby boomers' youthful longing for freedom in the 1950s in the three films he made during his short life.
...