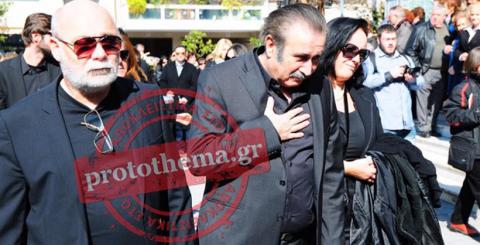 Comedian Lakis Lazopoulos, probably the best known Greek satirist in the country, said his final farewells on Monday to his beloved mother, who died over the weekend.

Ririka Lazopoulou, who was often mentioned in her son’s stand-up routines as the “typical Greek mother” passed away in the morning of Saturday at an Athens hospital.

Many of Lazopoulos’ showbiz friends attended the funeral to pay their respects and express their condolences for the actor’s significant loss.