Eleusis to vie for title of European Capital of Culture 2021 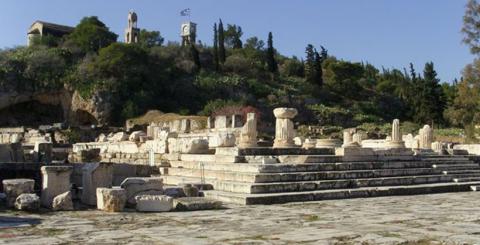 Eleusis, also known as Elefsina, a town in West Attica Greece will be submitting a bid to be named European Capital of Culture for 2021, the town's mayor Giorgos Tsoukalas announced on Monday.

The "Eleusis European Capital of Culture 2021 - Candidate City" presentation was held on Monday afternoon at 6:00 in the City Hall of Eleusis. The event was attended by Eleusis mayor George Tsoukalas, Deputy regional governor of West Attica Yannis Vasiliou and the team that is working on the preparation of the city's dossier.

The candidacy of Eleusis is warmly supported by Mr. Spyros Merkouris, the brother of late Greek Minister of Culture, Melina Mercouri.

During his address at the event, he stated: "I am pleased that the city of Eleusis is submitting a bid to be named European Capital of Culture for 2021. Culture derives from the past, shapes the present and looks to the future. Eleusis has it all. Therefore, it will become a great capital of culture."

Mr. Merkouris also referred to the institution of the European Capital of Culture, established in 1985 at the initiative of Melina Mercouri.