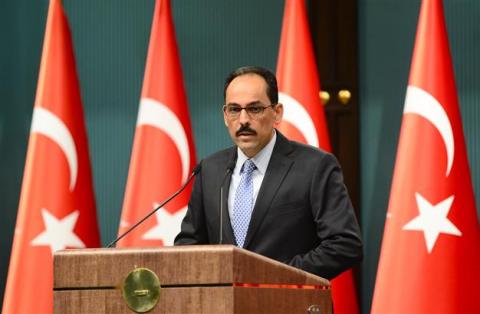 Senior Turkish officials have differed over whether the planned new-long range missiles will be compatible with NATO systems, with a presidential spokesperson correcting the defense minister Feb. 23, stressing that these systems will surely be integrated with the alliance's defense structure.

"As one of the most important countries in NATO's security line, we will definitely ensure this integration and harmony," a spokesperson for the presidency, ?brahim Kal?n, told reporters at a press conference.

Kal?n made this point upon a question on Defense Minister ?smet Y?lmaz's recent statement, in which he argued the system wouldn't be integrated into the alliance's system.

NATO member Turkey chose China Precision Machinery Import and Export Corp as a preferred bidder in 2013 to supply the missile system, prompting Western concerns about security and the compatibility of the weaponry with NATO infrastructure. NATO countries, particularly the United States, objected to the idea, pointing to the fact that these systems will not be integrated with the alliance defense structure.

In response to a parliamentary question, Y?lmaz said last week Ankara did not plan to integrate the new defense system with NATO systems. Y?lmaz said the evaluation of bids had been completed and no new offers had been received, but government officials later made clear that did not mean a final decision had been reached.

Eurosam, which is owned by Franco-Italian missile maker MBDA and France's Thales, came second in the 2013 tender. U.S.-listed Raytheon Co. also put in an offer with its Patriot missile defense system, which is now operated by 13 countries around the world. There were reports that Eurosam renewed its bid to Turkey, but Y?lmaz's response...