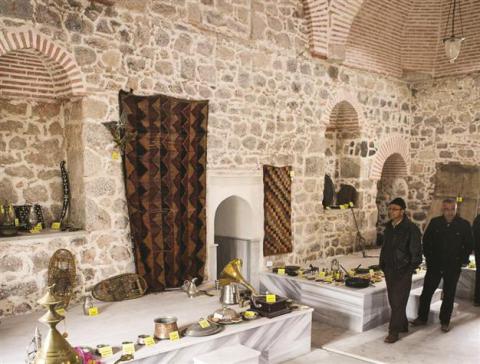 The historical Valide Sultan Bath, built by Kanuni Sultan Süleyman?s wife Hürrem Sultan in the central Anatolian province of Konya?s Karap?nar district in the 16th century, has been turned into a museum.

Having survived for centuries, the bath has been restored by the General Directorate of Foundations and turned into a museum displaying some 500 artifacts ranging from household goods to agricultural tools from the Ottoman Empire.

Karap?nar Mayor Mehmet Yaka said the bath was restored in 2007 and turned over to the municipality. The bath, he said, had been empty since the 1970s.

?The building is still steady and serves as a municipality building,? the mayor said.