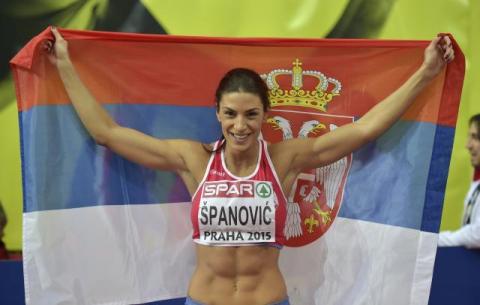 Spanovic, holder of the previous record of 6.92m, set in Istanbul last year, established the new national record on her third attempt.

The athlete jumped 6.80m in the first round, had a violation on her second attempt, jumped 6.89m on the fourth and 6.71m and 6.81m on the fifth and sixth attempts.

This is the second medal for Serbia since the start of the championships, the first being a silver won by Asmir Kolasinac in the men's shot put event.