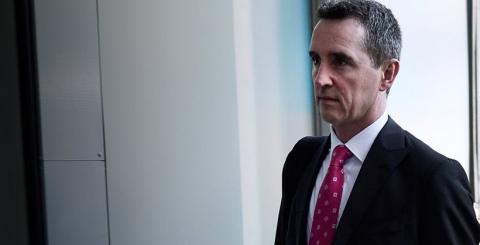 The European Commission’s representative in the EC-ECB-IMF troika negotiating with the Greek government has vetoed measures envisioned by the new Greek government to alleviate what the latter calls the “humanitarian crisis” in the country.

According to Britain’s Channel 4, Declan Costello appears negative to another of the much-touted “reforms” tabled by the new government to its eurozone creditors on Feb. 20, namely, the 100-installment plan for paying back taxes and debts to the state.

Channel 4 correspondent Paul Mason reports that Costello’s opposition to the measures was included in a letter he recently sent, referring to unilateral decisions by the Athens government made in a piecemeal manner.

Mason also posted a copy of the letter he said Costello sent to the Greek government, which reads:

“During our teleconference last night (Monday), you mentioned the planned parliament passage tomorrow of the ‘humanitarian crisis’ bill. We also understand that other policy initiatives, including the instalment scheme law, are in train that are to go to parliament shortly.

“We would strongly urge having the proper policy consultations first, including consistency with reform efforts. There are several issues to be discussed and we need to do them as a coherent and comprehensive package.

“Doing otherwise would be proceeding unilaterally and in a piecemeal manner that is inconsistent with the commitments made, including to the Eurogroup as stated in the February 20 communiqué.”