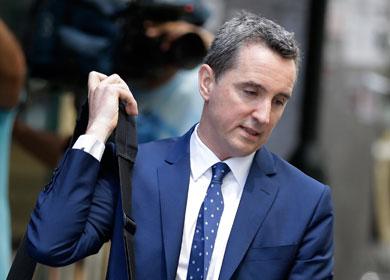 The European Commission?s chief representative on the technical team monitoring Greece, Declan Costello, has described draft laws aimed at tackling the humanitarian crisis and launching a 100-installment payment scheme for taxpayers to settle their debts to the state as unilateral actions taken in a fragmentary fashion, according to a text he has reportedly sent to the Greek side.

Costello effectively vetoes the bills in his letter, arguing that they are not compatible with the Eurogroup?s February 20 agreement with Athens, as Paul Mason ? a journalist who claims to have seen the correspondence between Costello and the Greek authorities ? revealed on Tuesday.

There was no reaction to the news from the Finance Ministry up until late last night, with officials pointing to the list of seven actions that Finance Minister Yanis Varoufakis submitted to the latest Eurogroup meeting which, according to the ministry, included the above bills. Nevertheless other government officials confirmed the existence of the text sent by Costello and noted that certain points related to the draft laws ? especially those concerning the settlement of debts to tax authorities ? must be clarified.

According to the text that Mason published as a Costello letter, the Commission representative says that those bills will have to be included in the general context of reform promotion. ?We would strongly urge having the proper policy consultations first, including consistency with reform efforts. There are several issues to be discussed and we need to do them as a coherent and comprehensive package,? Costello reportedly told the government: ?Doing otherwise would be proceeding unilaterally and in a piecemeal manner that is inconsistent with the...