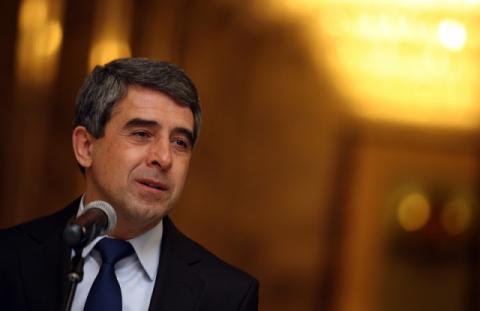 Bulgarian President Rosen Plevneliev said that he expects more Austrian investments to the country after a meeting with his Austrian counterpart Heinz Fischer in Vienna on Tuesday.

Plevneliev stated that Bulgaria and Austria had common plans and goals, which the two countries aimed to fulfill both at the level of bilateral relations and at the EU level.

The Bulgarian Head of State, who is on a two-day working visit to Austria, highlighted the active political dialogue and the excellent bilateral relations between the two countries, the presidential press service reports.

At their meeting, the two presidents shared the two countries' common position in support of the European integration of the Western Balkans and the ways for accelerating this process.

Plevneliev highlighted that Austria acted as an engine in this process, while Fischer pointed that European integration will be fully completed only when the Western Balkans are integrated.

The two heads of states also discussed the situation in Ukraine, with the Austrian President expressing his hope that the Minsk ceasefire agreement will be observed.

The Bulgarian President once again reaffirmed his position for peaceful and democratic resolution of the crisis, which takes into account Ukraine's sovereignty, unity and territorial integrity.

According to Fischer, the developments in Ukraine in the past year show that international law has to be safeguarded and problems have to be solved with negotiations rather than with armed force.

As regards the economic cooperation between Bulgaria and Austria, Plevneliev pointed that there was potential for it becoming more active.

Plevneliev revealed that Austria continues to be among the leading investors in Bulgaria,...

Eurostat: Bulgarians in the European Union Don't Work from Home

Bloomberg is Considering Hillary Clinton as his Vice President

The UAE will Launch its First Nuclear Power Plant soon