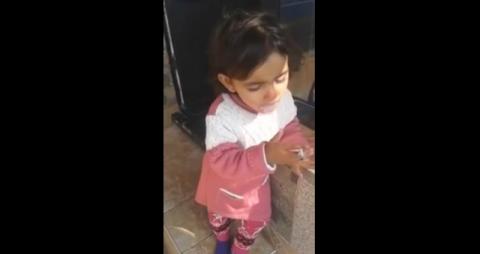 A video of a three-year-old girl who is seen smoking has caused a public outcry, prompting authorities to take action.

The footage shows the girl, but the voice of a woman could be heard behind the scenes talking in the Roma language.

Private national NOVA TV channel reported Tuesday evening that the video was taken in the village of Brestovitsa in Southern Bulgaria, near the second-largest city Plovdiv.

The author (identified as "Zlatka") seems to have been a girl whose relation to the three-year-old is not clear. However, witness accounts suggest the mother of the "young smoker" was also present.

Zlatka describes the video as "a joke".

Meanwhile, the State Agency for Child Protection responded to the case. No serious sanctions are likely to follow for the parents, and taking the young girl out of the family is described as an option "of last resort".