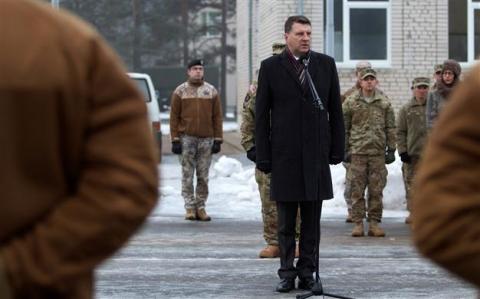 NATO allies are scrambling to protect vulnerable Baltic partners from the threat of hybrid warfare, a Russian tactic that officials and experts say is based on deception rather than formal declaration of war.

They endured decades of Soviet occupation after the Red Army rolled in during World War II. While a full-scale invasion is improbable now, hybrid meddling and destabilisation tactics designed to test NATO's commitment to collective defence are not.

Putin's brand of hybrid warfare also relies on "misinformation, bribery, economic pressure", which are designed to "undermine the nation", according to Latvian Defence Minister Raimonds Vejonis.

Lithuanian President Dalia Grybauskaite did not mince her words when she said: "The first stage of confrontation is taking place -- I mean informational war, propaganda and cyber attacks. So we are already under attack."

According to James Sherr of Britain's Chatham House think-tank, hybrid warfare is "designed to cripple a state before that state even realises the conflict has begun.

"It's a model of warfare designed to slip under NATO's threshold of perception and reaction."

NATO is "looking at how we prepare for, deter, and -- if required -- defend against hybrid threats," the former US ambassador to Moscow said recently at a security conference in the Latvian capital Riga....