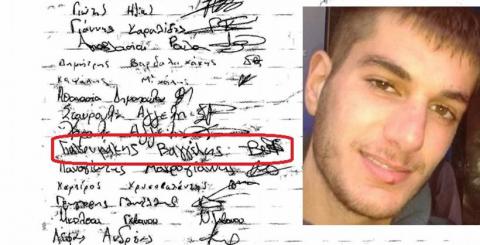 Vangelis Giakoumakis, the soft-spoken young man who was pushed by bullies to take his own life about a month ago, had sent a letter to the Greek parliament, along with several of his college mates, complaining about the miserable conditions at the Dairy School of Ioannina he was attending.

“We are running out of patience. We are tired of hearing empty promises from politicians. We feel that we are being mocked,” the students wrote in a letter that was sent to the Greek house last September.

The students were complaining about the lack of equipment and personnel and the miserable conditions in the School that couldn’t even afford internet connection, thus depriving the student of a necessary tool for their studies and a means to communicate with their homes.

The letter of protest had been presented to the House by New Democracy MP Anna Asimakopoulou. However, no official response was ever provided by the competent Ministry.