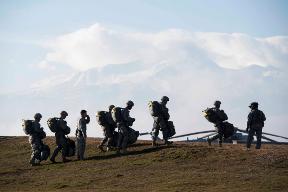 
Co-operation with the Alliance will help Serbia modernise its defence system and improve the country's military capabilities.

Although Serbian politicians have decided to remain military neutral, the most developed segment of Belgrade's bilateral relations with NATO is military-to-military co-operation, which has increased since Serbia joined the Alliance's Partnership for Peace Programme in December 2006.

The co-operation is comprehensive and includes training and exercises, strengthening capacities for peacekeeping missions, humanitarian assistance, education, medicine and exchange of information.

"Last year, Serbia conducted more than 100 defence-related events with NATO and far more than that bilaterally with NATO allies and with other members of the Partnership for Peace programme," Grant Morrow, a political officer at the US Embassy in Belgrade, said during a recent public discussion about improvements in NATO-Serbia relations, organised by the Centre for Euro-Atlantic Studies in Belgrade.

"The Alliance sees Serbia as an important member of the Partnership for Peace Programme, and recently we have signed a new agreement which is to promote co-operation in terms of issues in mutual interest," Allied Joint Forces Command Naples Commander Admiral Mark Ferguson told Belgrade daily Danas during his recent visit to Serbia. The co-operation between the Serbian military and NATO has been mutually beneficial in many different ways. "Together, Serbian and NATO forces have honed their skills and learned to operate alongside one...