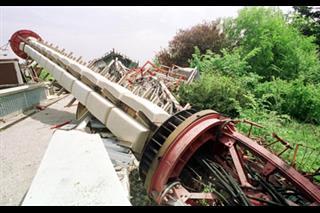 BELGRADE - Serbia is on Tuesday marking the Remembrance Day for the victims of the NATO aggression that killed at least 2,500 and wounded around 10,000 people 16 years ago.

During the 78 days of air raids, 1,008 Yugoslav Forces soldiers and Serbian policemen were killed, as well as around 1,500 civilians, including 89 children.

The decision to attack the Federal Republic of Yugoslavia (Serbia and Montenegro) was the first in history to be made without the approval of the UN Security Council.

The FRY was attacked under the pretext of failure of the talks on the future status of the province of Kosovo-Metohija, held in Rambouillet and Paris, after the Serbian authorities refused to accept a military annex to the agreement that practically implied an occupation of the entire country.

The 19-member Alliance launched the air campaign on March 24, 1999 at 7.45 p.m. CET. During the raids, practically no city in Serbia was spared with 2,300 air attacks carried out on 995 facilities across Serbia.

The total damage was estimated at USD 100 billion at the time. The NATO aggression ended on June 10, when the UN Security Council adopted Resolution 1244 introducing an interim UN administration in KiM, and a total of 37,200 KFOR soldiers from 36 countries were sent to the Serbian province.

Tabakovic: NBS has bought 1.125 bln euros since May

Vucic: Name of PM designate to be announced after Brussels meetings

Vucic: We will not give up on our rights, signed agreements