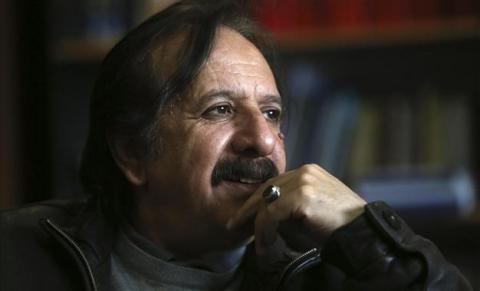 Iranian filmmaker Majid Majidi, director of 'Muhammad, Messenger of God'movie speaks in an interview with The Associated Press in Tehran, Iran. AP Photo

Here in this Persian replica of Mecca, built at the cost of millions of dollars, an Iranian film company is attempting to offer the world a literal glimpse of the Prophet Muhammad despite traditional taboos against it.

The movie "Muhammad, Messenger of God" already recalls the grandeur - and expense - of a Cecil B. DeMille film, with the narrow alleyways and a replica Kaaba shrine built here in the remote village of Allahyar. But by even showing the back of the Prophet Muhammad as a child before he was called upon by Allah, the most expensive film in Iranian history already has been criticized before its even widely released, calling into question who ultimately will see the Quranic story come to life on the big screen.

"How should introduce our prophet?" asked Majid Majidi, the film's director. "Many relay their messages to the world through cinema and pictures."

But in Islam, portraying the Prophet Muhammad has long been taboo for many. Islamic tradition is full of written descriptions of Muhammad and his qualities - describing him as the ideal human being. But clerics generally have agreed that trying to depict that ideal is forbidden. The Paris terror attack on the satirical magazine Charlie Hebdo, which killed 12 people in January, saw gunmen target it over its caricature of the prophet.

But while Sunni Islam, the religion's dominant branch, widely rejects any depictions of Muhammad, his...