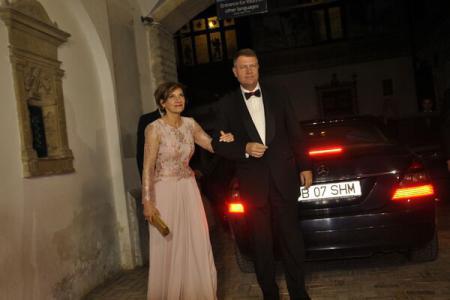 The royal family is not only an essential page of our country's history, but a symbol of the values I think highly of: respect for the people, the power to go over injustice and hardships, large-heartedness and seemliness, president Klaus Iohannis said, after attending on Wednesday, and accompanied by his wife, Carmen Iohannis the dinner offered by the Royal House at the Peles Castle.

The dinner is part of the series of activities organized by the Royal House on the anniversary of Crown Princess Margareta.

On Wednesday, Princess Margareta has decorated, in the name of King Michael a series of top personalities of the public life and cultural and of education institutions of Romania and the Republic of Moldova. Among the decorated were academicians Ionel Haiduc, Gheorghe Duca, Mugur Isarescu, also central bank's governor, and Anders Lindberg, who have received the Order Romania's Crown in rank of Commander.AGERPRES