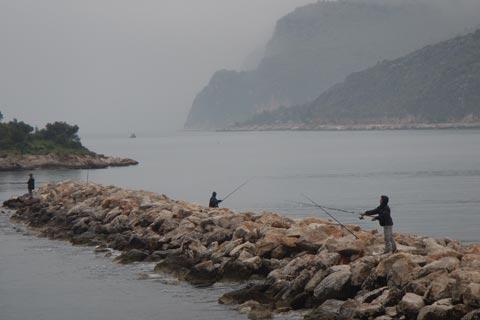 Let?s talk about the weather. The cloudy skies, the rain, storms and humidity, the overall heavy atmosphere. It?s better to think of that than politics and politicians, whatever cuts they may or may not have taken for services rendered, their attitudes or their policies. We shouldn?t judge, we shouldn?t label.

Governments of all political stripes ? conservative, socialist or left-wing ? all have the same aversion to publications that mar their public profile. It?s natural. Who doesn?t want a court of cheerleaders praising their every act and excusing every oversight? Not that there aren?t journalists who are more than happy to assume this role. Lists of journalists on the payrolls of different parties have been seen by the union before being quietly shelved, ?for the protection of the profession.?

So much ?protection? has now left us completely exposed, with reporters, columnists, commentators and cartoonists putting their signatures to stories and illustrations that may come at a cost to themselves and to the media outlets they work for: Sometimes its 500,000 euros, sometimes it?s 2 million. The price depends on how insulted or angry the politician mentioned is and whether he?s having a good or bad day.

So we have to be careful from now on. We have to weigh every word because we may literally end up paying dearly for it. We have to be wary of every comment we make because some litigation-happy politician may be lurking nearby.

We need to regroup and think: Are we going to do our job or theirs? But hold on a minute. Could this whole dilemma be nothing more than a fabrication? It is not about being heroic. Just like any respectable professional knows how to use the tools of his trade to bring about the best...