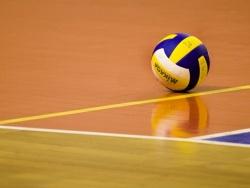 Two Bulgarian coaches, a father and son, will face each other at the final of Romanian volleyball league Divizia A1, which pits against each other the teams of Remat Zalau and Tomis Constanta.

Stoyan Stoev, who is coach of Remat Zalau, will face the team of Tomis Constanta under the guidance of his son Martin Stoev.

Apart from its coach, the team from Constanta has a solid Bulgarian presence with three Bulgarian players in the squad - Stanislav Petkov, Aleksandar Zhekov, Vencislav Simeonov.

For the first time in the history of volleyball a father is to face his son in competition for a championship title, sportal.bg reports.

Another curious fact is that both father and son Stoevi have been coaches of Bulgaria's men national volleyball team.