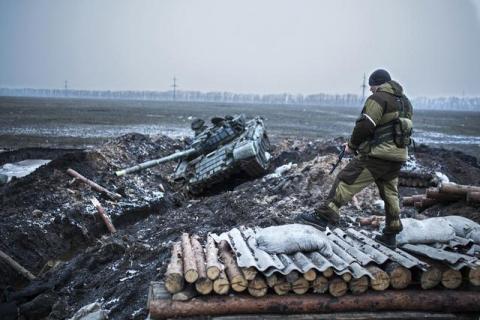 KIEV -- Dmitry Yarosh, who heads the Ukrainian extremist organization "Right Sector," has been made an adviser to the Ukrainian army chief, RT is reporting.

"Colonel General Viktor Muzhenko, chief of general staff, and Dmytro Yarosh agreed the format of cooperation between Right Sector and the Ukrainian Armed Forces," Ukraine's defense ministry said in a statement quoted by the Russian agency.

The Right Sector's armed paramilitary battalions agreed to be subordinated to military leaders, the ministry said, and added that Muzhenko and Yarosh stressed the need for unity, confirming fighters' readiness to obey Kiev's central command.

"DUK (Ukrainian Volunteer Corps) is ready to perform common tasks with the army, ready to obey the army leadership in matters relating to national defense against an external enemy, which enables every patriot to protect Ukraine," Yarosh said, according to RT.

Yarosh has been placed on Interpol's international wanted list for incitement of terrorism and extremist activities, at the request of Russian authorities. He is also an elected member of the Ukrainian parliament heading the Right Sector political party.