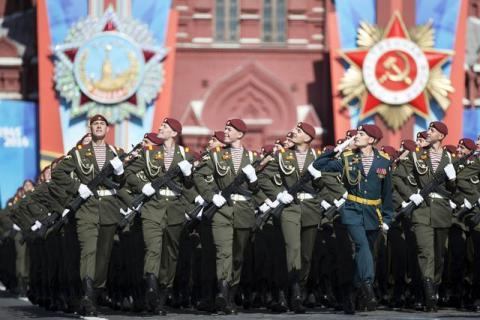 A statement issued by the president's office late on Monday said that the soldiers will take part in the military parade on the invitation of Russian Defense Minister Sergei Shoigu, on the occasion of the marking of the 70th anniversary of the Soviet people's victory in the Great Patriotic War.

In line with his powers, the statement continued, and based on the Constitution, the Law on Defense, the Law on the Army of Serbia, and the VS Rules of Service, the president decided in favor of the VS members' participation in the parade.

Nikolic, who will also be present at Red Square on May 9, was last month advised by European Parliament (EP) official Eduard Kukan to reconsider his decision, and responded by saying that the pressure exerted on him was "in vain."

The issue of which of the world leaders will attend the celebrations in Russia has so far caused much controversy. Reports suggest that "leaders of the (WW2) Allies will likely not show up in Moscow on May 9."

The latest incident in this context took place in Prague, where Czech President Milos Zeman, who has confirmed his attendance, announced he was boycotting the U.S. ambassador in his country after the diplomat criticized his decision.